Sited on the banks of the Irrawaddy River, this unique hotel is the result of years of development. The luxury villas bring together cutting edge European architecture and Burmese aesthetics.

Sited on the banks of the Irrawaddy River, this unique hotel is the result of years of development. The luxury villas bring together cutting edge European architecture and Burmese aesthetics.

From its conception, Anāvila has been constructed to minimize the impact of the landscape, preserving all the original trees, adapting the terrain to ensure that all its rooms are private, and closely connected to the nature that surrounds them.

Anāvila is the first hotel in Bagan to reflect the site’s new UNESCO status, offering international standards of Luxury in its seven exclusive villas.
Anāvila seeks to capture the sacredness not only of architecture but of nature itself.
Explore the glories of the Bagan civilization from a tranquil refuge set in a natural park of unspoilt forest.

The interior of each room is unique, the textile and furniture reflecting the interchange of Burmese and wider Asian cultures, featuring antiques as well as contemporary design.

Each villa has panoramic windows overlooking the tree tops, a private verandah and some villas with a roof terrace with views over the nearby temples and the river. Several villas have outside baths cut from one piece of marble stone.

The Swimming Pool
The Infinity Salted Pool (30m × 10m), the largest in Bagan, Nestled and Hanging 6 meters above the bank of the Irrawaddy River

The Traditional Burmese Teak House
Offers the chance to see local craftspeople at work and learn the techniques of Burmese cooking. 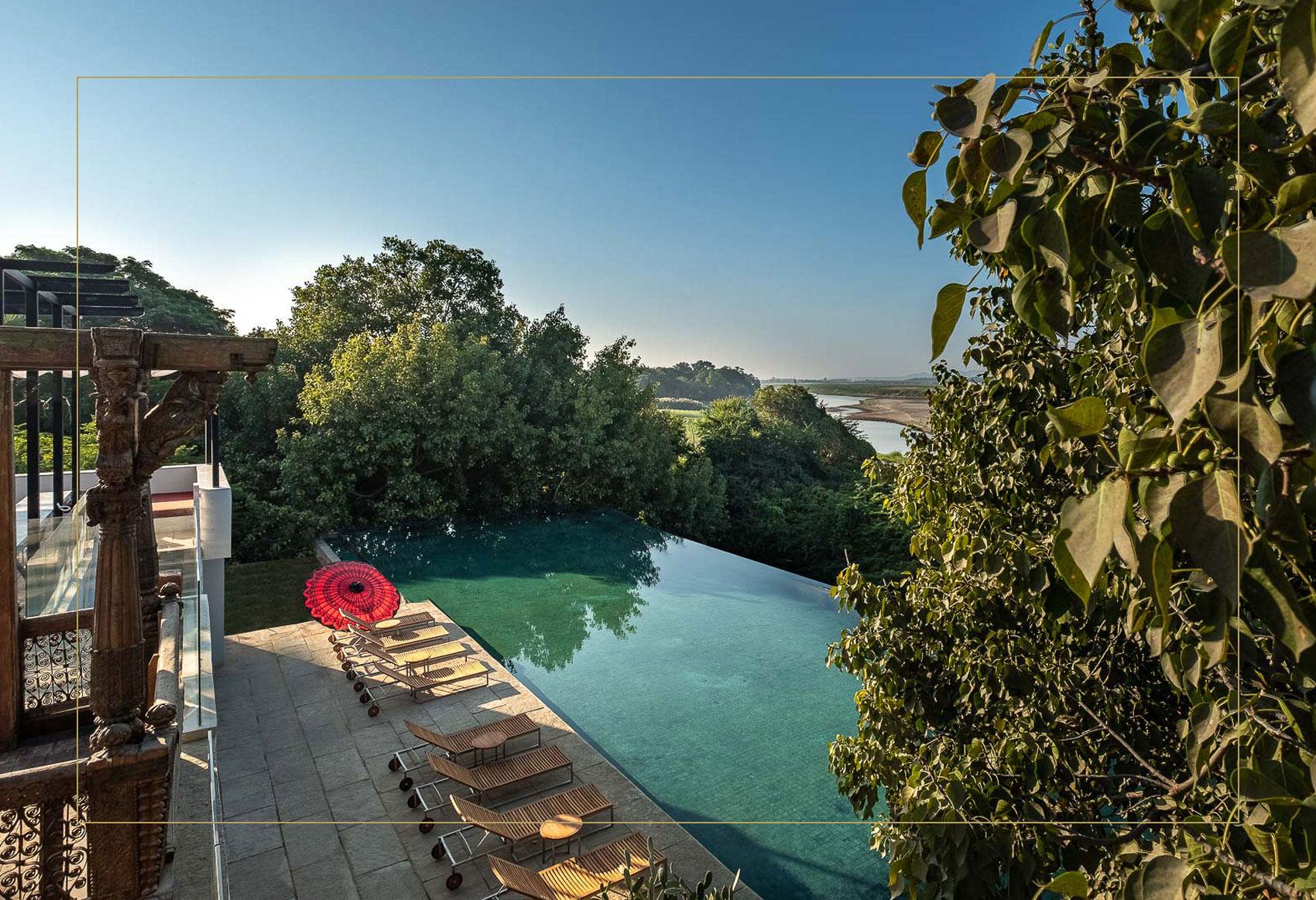 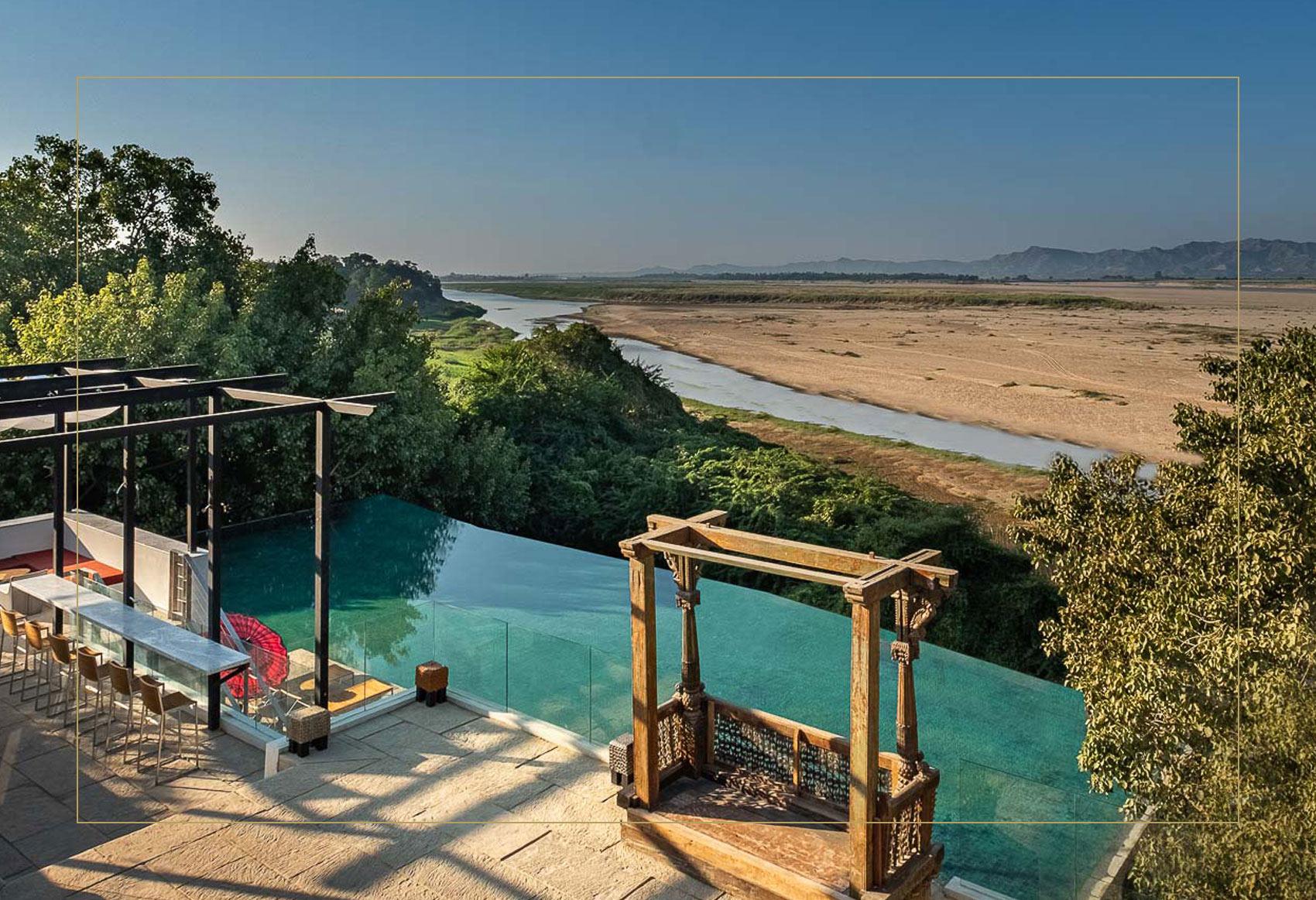 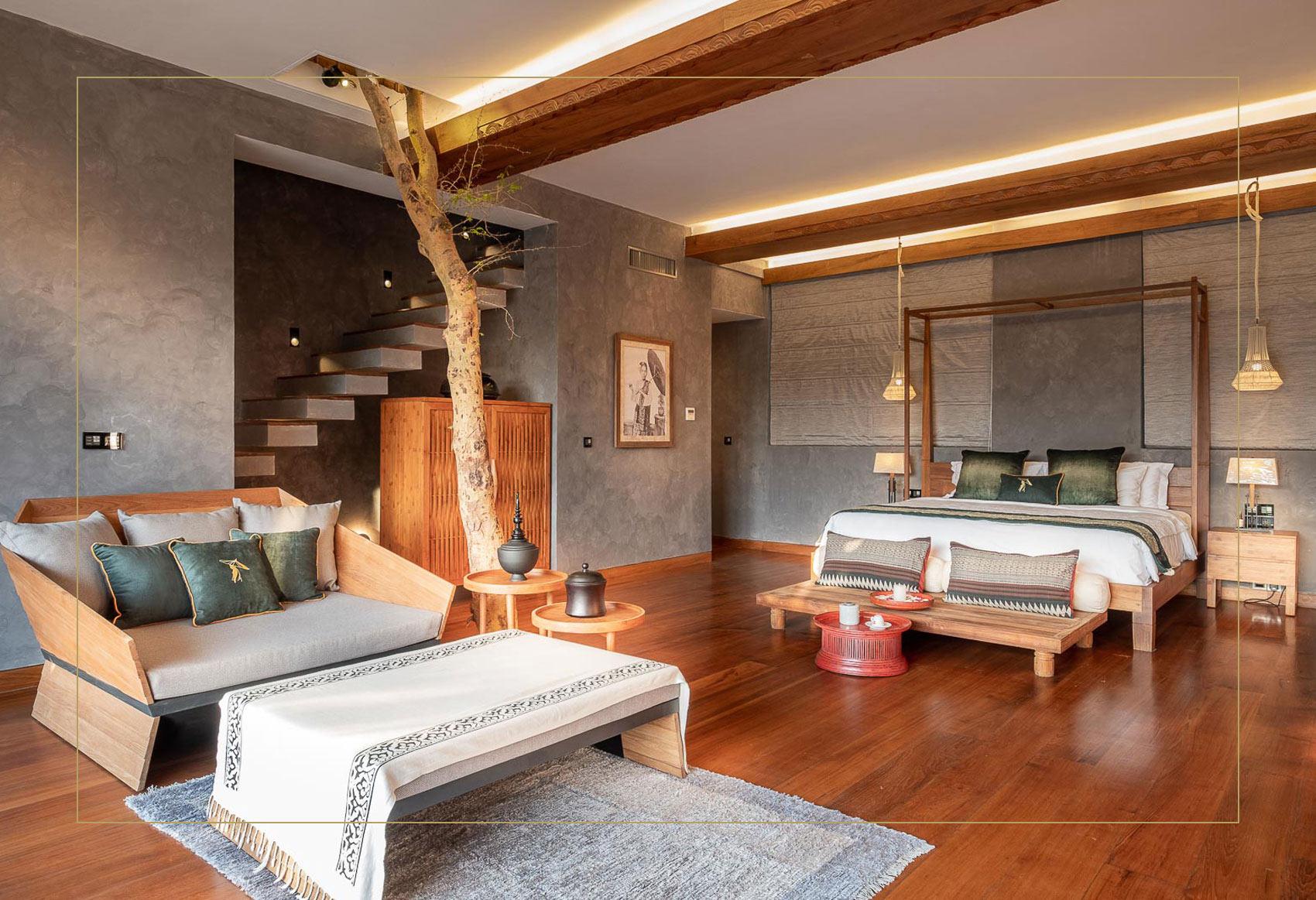 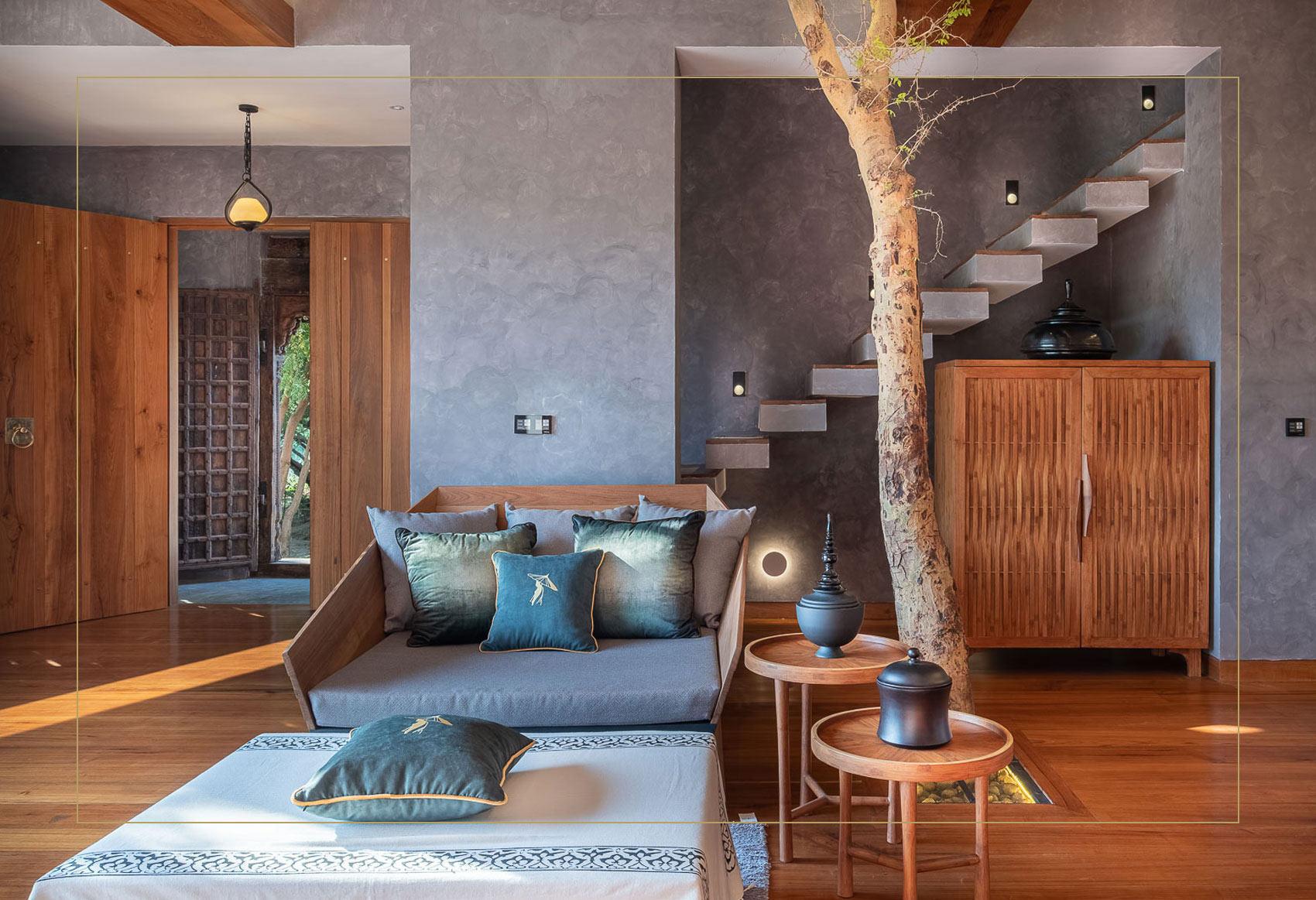 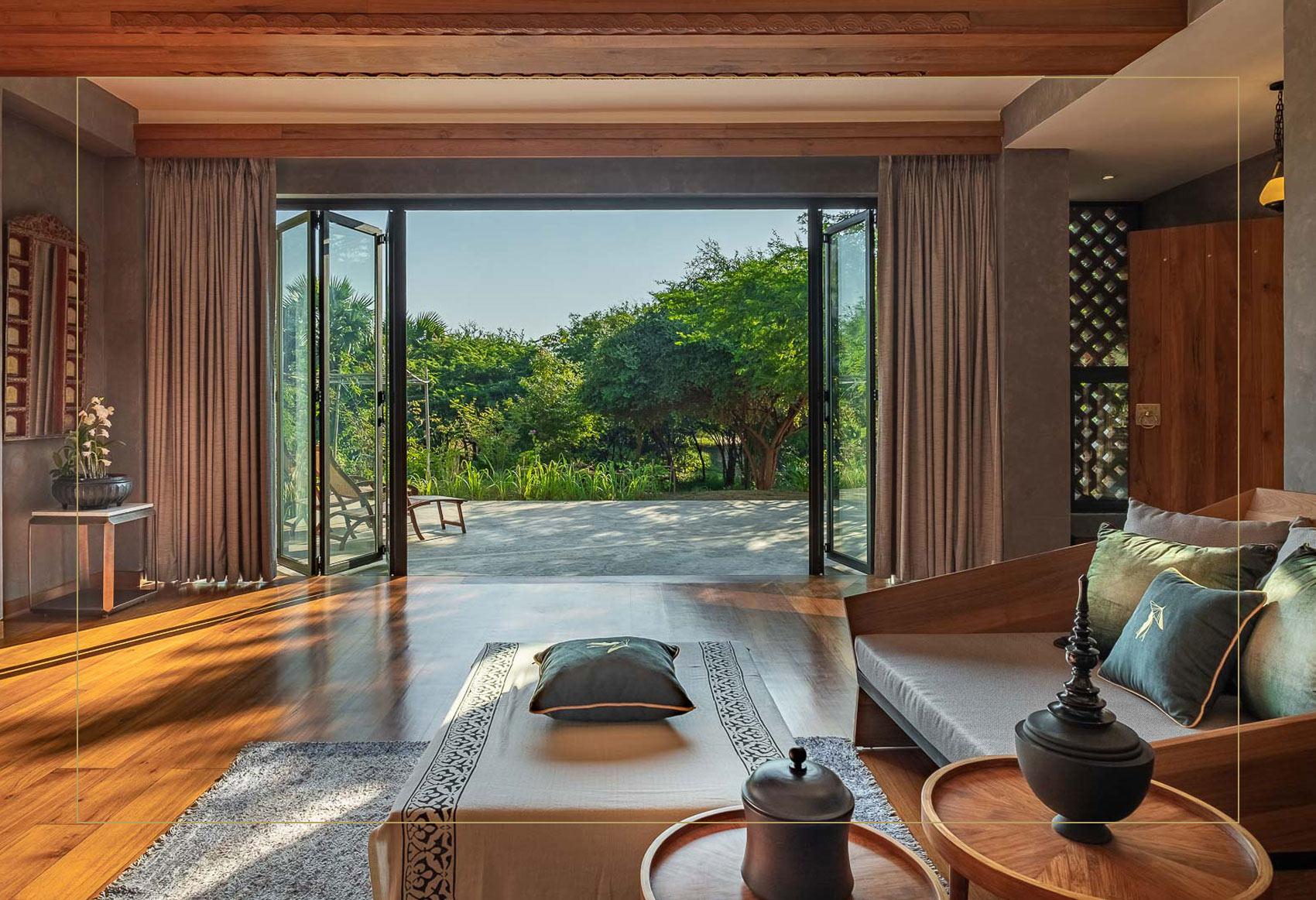 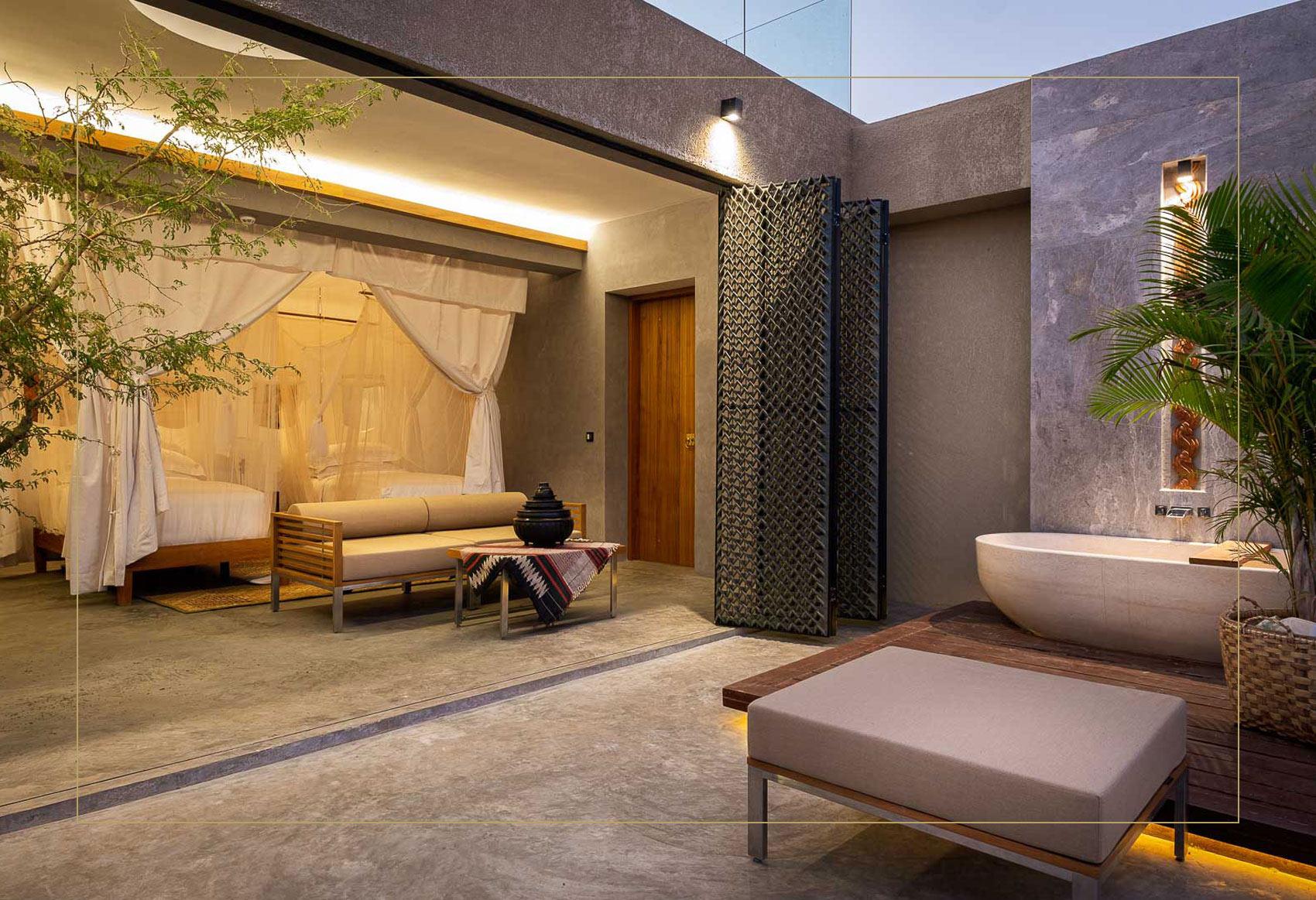 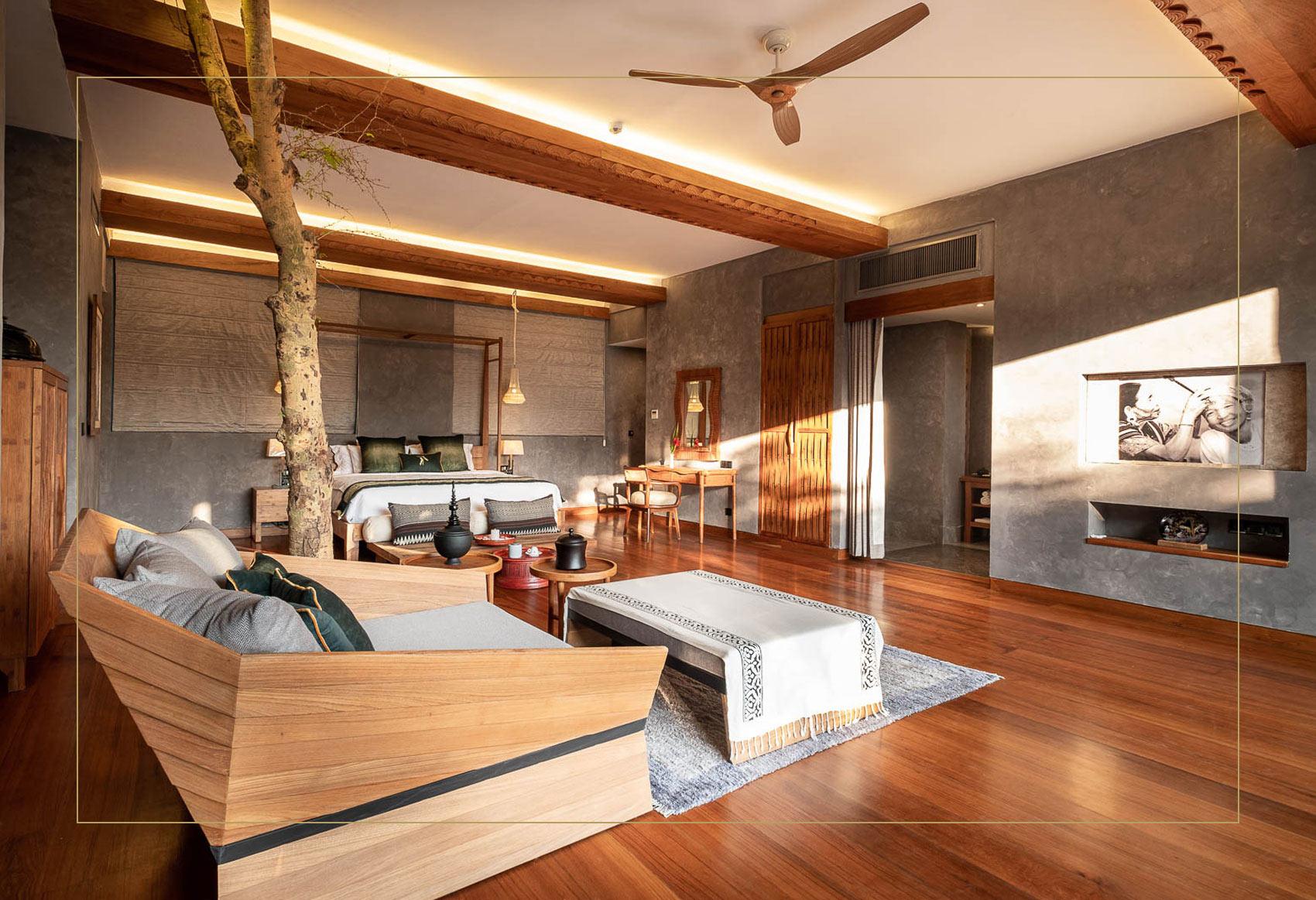